Security cameras are important safety devices for ensuring proper surveillance on your property. Motion detection is a useful feature of CCTV systems, as it allows the camera to become active only when it is needed.

By using image sensing and capture, the camera can detect motion and provide a high resolution image/video of what is happening. The cameras can also be set to detect motion only in specific areas, such as near doors and windows. Motion detection cameras are not only highly efficient, but they also result in cost savings and improve security.

The working mechanism behind motion detection cameras lies in a part called the CCD (Charge-Coupled Device). CCD basically consists of a chip that has a light-sensitive surface (pixels). These pixels are highly responsive to light, and they can respond when a threshold of light is reflected onto the surface. CCD can combine the reflected light and form a high resolution image to detect any activity.

During motion detection, subsequent images can be compared to determine if there is any motion in the monitored area. You can also adjust the sensitivity of the camera to respond to a certain threshold of motion. Once the pixels detect motion beyond a required threshold, they can provide image and video footage of the target area.

The key to motion detection lies on varying the sensitivity of the light pixels. If you're looking to detect motion caused by human intruders, you can set the pixels to respond only when enough light is generated by a moving person. In this way, other objects such as rodents running across the floor or insects flying across the camera don't trigger unnecessary footage.

In light of how motion detection works, maintaining proper surveillance in your home will largely depend on how you program your motion detection cameras. Programming can occur in many different ways, such as determining the sensitivity levels (as mentioned above).

In some cases, it is best to have a professional program the cameras for maximum security. Effective programming ensures that you maintain maximum surveillance over your property. 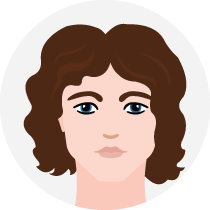 Hello! This blog is all about security, and I hope that after reading, you have the knowledge you need to keep yourself and your family as safe as possible. I like to think about security systems from a range of angles. Is my car safe? Is my caravan safe enough for my next camping trip? Do I need to upgrade the security system at my business? What about online security? In this blog, I plan to write about all of those things and much more. I am a mum, I run my own small business, and I love to help others. This blog is my attempt to do the latter, and I hope it helps you. Enjoy!